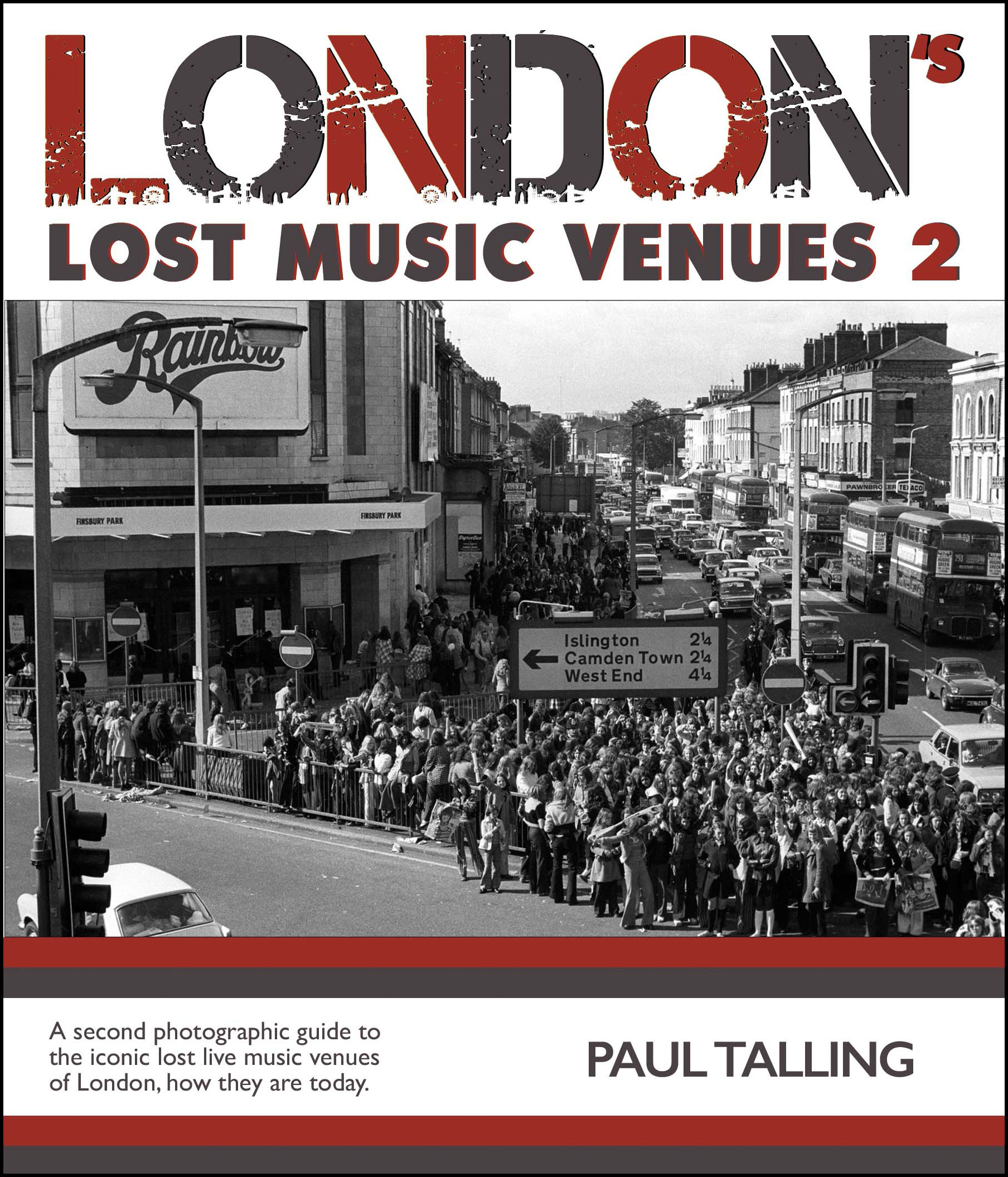 The second volume of the photographic guide to the iconic lost live music venues of London, as they are today. featuring over 140 more lost venues, focussing on the larger halls and theatres of London’s musical heyday.

Did you dance the night away at the Hammersmith Palais? Queue outside the Rainbow theatre to see The Jam or The Osmonds? Or jive along to rock ‘n’ roll legends at the Cellar Club in Kingston?

Then this is another book is for you!

Paul Talling, author of ‘London’s Lost Music Venues 1’ returns his attention to the lost music venues of London. This time round he focusses on the larger, theatre sized venues as well as a few smaller venues not included in the first volume plus some more recent losses. This book takes a look at some of the iconic venues of the last 60 years with images, flyers and modern-day photos of what they are now. Venues include Hammersmith Palais, The Rainbow, The Astoria, The Borderline, The Lyceum and many more. Featuring photos, adverts & tickets, this book is a reminder of a less homogenised London, taking you back to the city’s halcyon days of Rock N Roll, Jazz, Blues, Rolk, Rock, Punk, Indie and more.